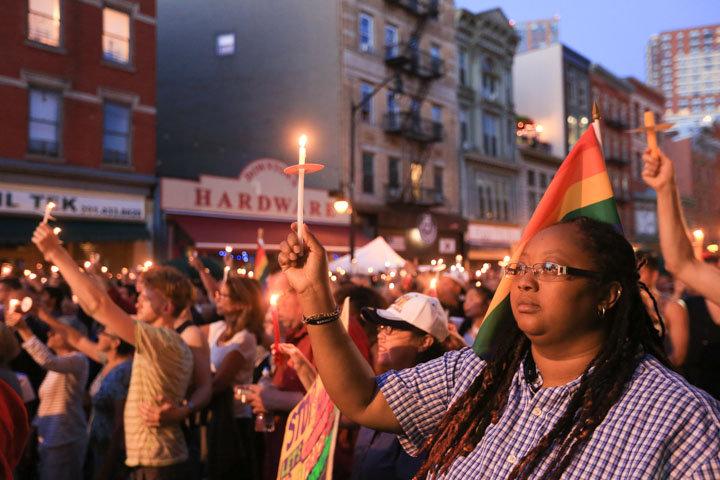 The crowd was still and quiet as speakers read aloud the names of the 49 victims of the shooting, carried out by a Florida man authorities say had aligned himself with the Islamic State. The mood turned celebratory as speakers vowed not to cower in the face of terrorism.

“We are Orlando,” said Michael Billy, the local gay activist who helped organize the event. “We are black. We are Hispanic. We are Latino. We are gay. We are lesbian. We are bisexual. We are trans. We are Jersey City.”

Sorry, the comment form is closed at this time.