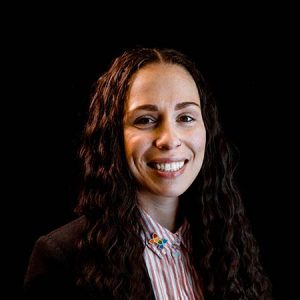 Elizabeth Schedl, the Executive Director of Hudson Pride Center, is a community activist devoted to LGBTQ+ rights and equality. Schedl has been a member of the Hudson Pride Center team since 2013, serving as the Chief Operations Officer and Deputy Director before stepping into her current role. Schedl is also the Chairwoman of the Early Identification of Individuals with HIV/AIDS (EIIHA) Committee and an active member of both the Executive and Minority AIDS Initiative Committees in Hudson County. She is a committee member of both the Municipal Alliance to Combat Alcoholism and Drug Abuse in Jersey City and Union City and also serves as a committee member on both the Hudson County Alliance to End Homelessness and the Human Service Advisory Council. The Princeton, NJ native and Fairleigh Dickinson University alumna now lives in Hudson County with her wife, Francheska, and dog, Pierre .

Connect With The Center